KAICIID depends on its partners to achieve its objectives: we work with religious leaders from many different faiths, interreligious organizations, dialogue practitioners, international organizations, governments, universities and networks to achieve our goals. Through cooperation with our partners, we hope to multiply our joint impact, as well as support the field of dialogue as a whole through training and capacity building.

While KAICIID works with many different organizations, we have concluded formal partnerships with ten organizations through Memoranda of Understanding (MoUs)

The main objectives of the OAU were, inter alia, to rid the continent of the remaining vestiges of colonization and apartheid; to promote unity and solidarity among African States; to coordinate and intensify cooperation for development; to safeguard the sovereignty and territorial integrity of Member States and to promote international cooperation within the framework of the United Nations....

UNESCO is the United Nations Educational, Scientific and Cultural organization. It seeks to build peace through international cooperation in education, the sciences and culture. UNESCO's programs contribute to the achievement of the Sustainable Development Goals defined in Agenda 2030, adopted by the UN General Assembly in 2015.

KAICIID has worked with UNESCO since 2013 on a number of...

The International Partnership on Religion and Sustainable Development (PaRD) was established in February 2016 at the Berlin conference “Partners for Change – Religions and the 2030 Agenda”. It brings together members and partners from all over the world in order to harness the positive impact of religion and values in... 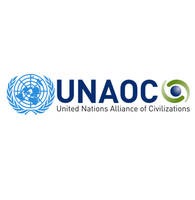 Since its inception, the UN Alliance of Civilizations (UNAOC) has become a leading United Nations platform for intercultural dialogue, understanding and cooperation. It has connected governments, lawmakers, local authorities, civil society organizations, the media, and individuals devoted to promoting understanding across diverse communities. UNAOC features programming in the areas of...

The Network for Religious and Traditional Peacemakers

The Organisation of Islamic Cooperation (OIC) is the second largest inter-governmental organization after the United Nations whose 57 Member States are found on four continents. The Organization is the collective voice of the Muslim world, ensuring to safeguard and protect the interests of the...

Founded in 1499 by Cardinal Francisco Jimenez de Cisneros, Universidad Complutense de Madrid (UCM) is a Spanish public university with 26 faculties and over 30 research institutes. With more than 83,000 students, it is the largest university in Spain, a leading academic institution in Latin America, and one of the most prestigious universities...

The Islamic World Educational Scientific and Cultural Organization (ICESCO) is one of the largest Islamic organizations, founded in 1979. Its objectives include strengthening cooperation among its 54 member states in the fields of education, science, culture and communication, and to encourage diversity, dialogue and understanding among diverse peoples as part of a contribution towards world... 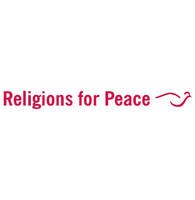 Since its founding in 1970, Religions for Peace has been guided by the vision of a world in which religious communities cooperate effectively for peace, by taking concrete common action.

Religions for Peace is committed to leading efforts to advance effective multi-religious cooperation for peace on global, regional, national and local levels while ensuring that the religious...

Founded in 1878, the Université de Montréal, with its two affiliated schools, the École Polytechnique and the HEC Montréal, is now the largest university in Quebec and the second largest in Canada. With over 60,000 students from around the world, the Université de Montréal awards more than 11,000 diplomas every year. Deeply rooted in Montreal and dedicated to its international mission, the... 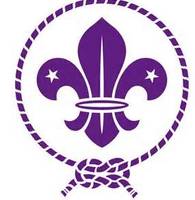 The World Organization of the Scout Movement (WOSM) is an independent, worldwide, non-profit and non-partisan organisation which serves the Scout Movement. Its purpose is to promote unity and the understanding of Scouting's purpose and principles, while facilitating its expansion and development. The organs of the World Organization are the World Scout Conference, the World Scout Committee and... 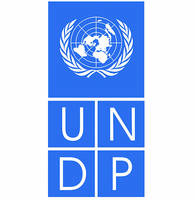 The United Nations Development Programme, UNDP, partners with people at all levels of society to help build nations that can withstand crisis, and drive and sustain the kind of growth that improves the quality of life for everyone. On the ground in more than 170 countries and territories, UNDP is the lead agency of the ... 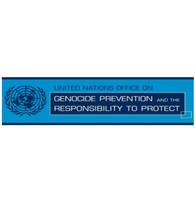 UN Office on Genocide Prevention and the Responsibility to Protect

The Office on Genocide Prevention and the Responsibility to Protect supports two Special Advisers who report directly to the United Nations Secretary-General: the Special Adviser on the Prevention of Genocide, who acts as a catalyst to raise awareness of the causes and dynamics of genocide, to alert... 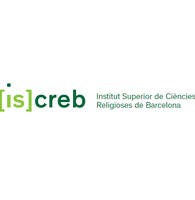 The Institut Superior de Ciències Religioses de Barcelona (ISCREB) is a public educational institution of the Archbishopric of Barcelona and linked to the Faculty of Theology of Catalonia. It was established on November 1996 and re-founded on May 2010. It is the first center in the world which, after receiving the Vatican’s final approval... 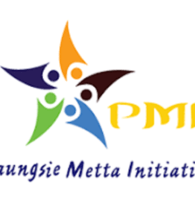 KAICIID participates in international, multi-stakeholder forums contributing with its unique expertise to their work and consultative processes.

In the context of the World Interfaith Harmony Week, KAICIID and UNICEF jointly hosted an expert meeting entitled “Expanding Social Media as a Space for Constructive Encounter for Young People”. The meeting aimed to raise awareness on the importance of social media in promoting pluralism and diversity, in the context of SDG 11. The participants reiterated the crucial role that intergovernmental organizations hold in supporting social cohesion work. In particular, in areas where there is a strong need to strengthen the social fabric in order to prevent stereotyping and hate speech.

KAICIID works closely with the UN Inter-Agency Task Force on Religion and Development. This has resulted in an ongoing collaboration on the UN Strategic Learning Exchange for Partnering with Faith Organizations – a series of workshops that help both UN representatives and religious actors learn how to better cooperate together on development projects. The partnership has also strengthened awareness in the UN system of the role of religious actors and faith-based organizations in humanitarian efforts. We co-organized a special session on Religious Engagement at the 2016 World Humanitarian Summit, which focused on building on religious assets and infrastructure in communities to contribute to sustainable solutions and humanitarian crises. During the opening of the 2016 UN General Assembly Session, KAICIID participated as co-organizer of a side event, which focused on the role of faith-based organizations and religious organizations in responding to the migrant and refugee crisis and providing assistance and support to the victims of human trafficking and forced migration. 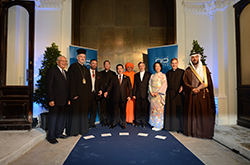