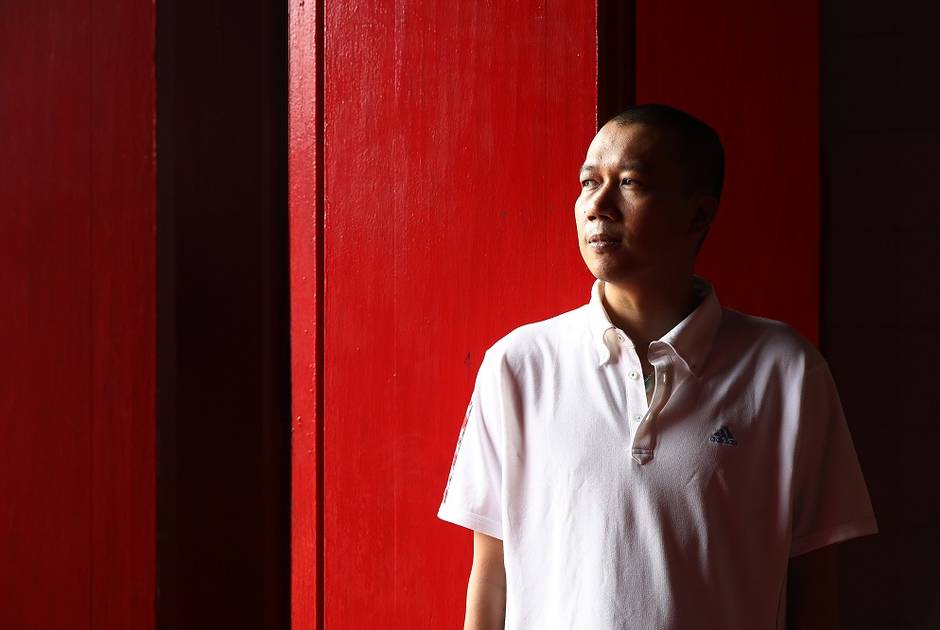 A child of Chinese immigrants to Indonesia, Kristan grew up in the Confucian religion. Devoting himself to a lifelong education in Confucianism, from elementary school to college, he now chairs the Central Board of Youth Confucianism in Indonesia and represents Indonesian Confucians at interfaith events around the world. “It has been our family religion for many generations, and my father is actually one of only a handful of Confucian high priests in Indonesia,” he said.

In a country that is overwhelmingly Muslim, Kristan’s mission to enhance Confucian–Muslim relations is particularly momentous. According to the Pew Research Centre, there are over 219 million Muslims in Indonesia, accounting for over 87% of the country’s entire population, and more than 12% of the total number of Muslims worldwide.

After Indonesia had made a policy shift towards greater religious openness in the late 1990s, less than a decade later, in 2006, the Indonesian government recognised Confucianism as an official religion, alongside Buddhism, Christianity, Hinduism and Islam. 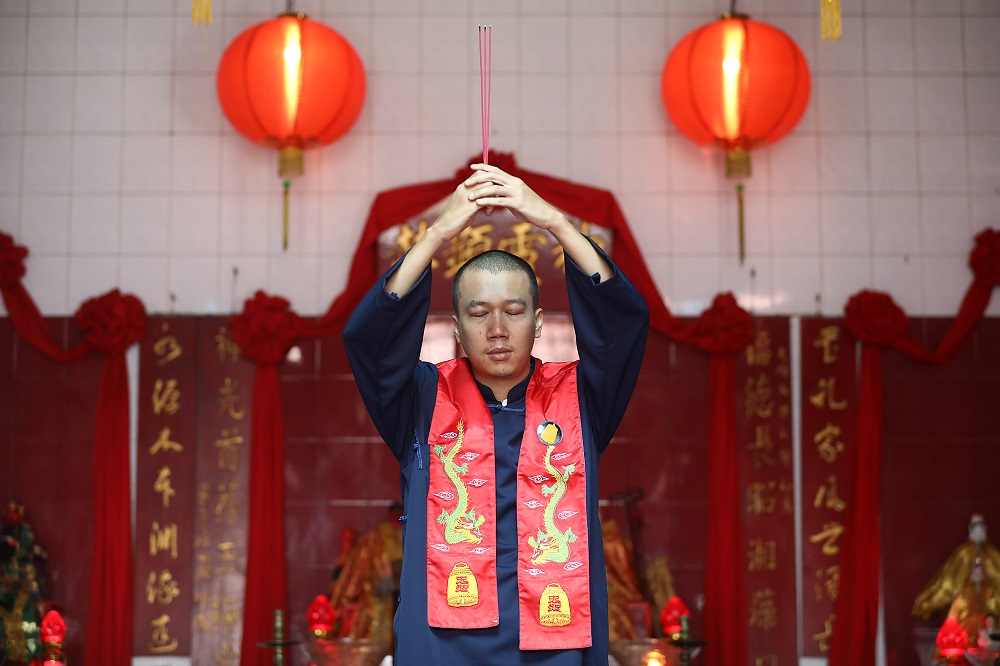 With Confucianism having secured its seat at Indonesia’s table of pluralism, Kristan now wants to give it a voice. To do that, he is spearheading eff­orts to optimize Confucian–Muslim relations within Indonesia through a collaboration with other Muslim alumni from the Fellows programme: Kamilia Hamidah, Suhadi Cholil and Muhammad Afdillah.

The four have joined forces to form Interreligious Dialogue Schools where they conduct training on Confucian–Muslim relations. They have already created two such schools, the first in Malang City, East Java, and the second in Bogor, West Java.

Participants in the training workshops, which are held inside Confucian temples, are university students recruited via social media. The students have in common a demonstrable openness, as well as a high degree of curiosity about other cultures and faiths. While the workshops’ opening session is conducted in plenary format, the learning sessions are targeted towards Muslim and Confucian youth.

Although the workshops have been extremely successful, Kristan has, at times, encountered challenges with engaging the whole Muslim community. Many from stricter backgrounds do not feel comfortable entering a Confucian temple, believing it to be counter to their own faith.

“It’s sometimes hard to invite Muslims to come to our temple, or even to church, because of stereotypes and prejudice,” he said. “Parts of the Muslim community are very protective.”

Kristan credits his Muslim colleague, Kamilia, with being an instrumental force in breaking down those barriers, by reaching out to other Muslims and welcoming them into the interreligious dialogue programme.

Having already devoted so much of his life to elevating the Confucian faith within Indonesian society, Kristan does not intend to scale back his eff­orts. “Interreligious dialogue is my mission,” he said. It is one that he continues to pursue in both his academic and professional endeavours. 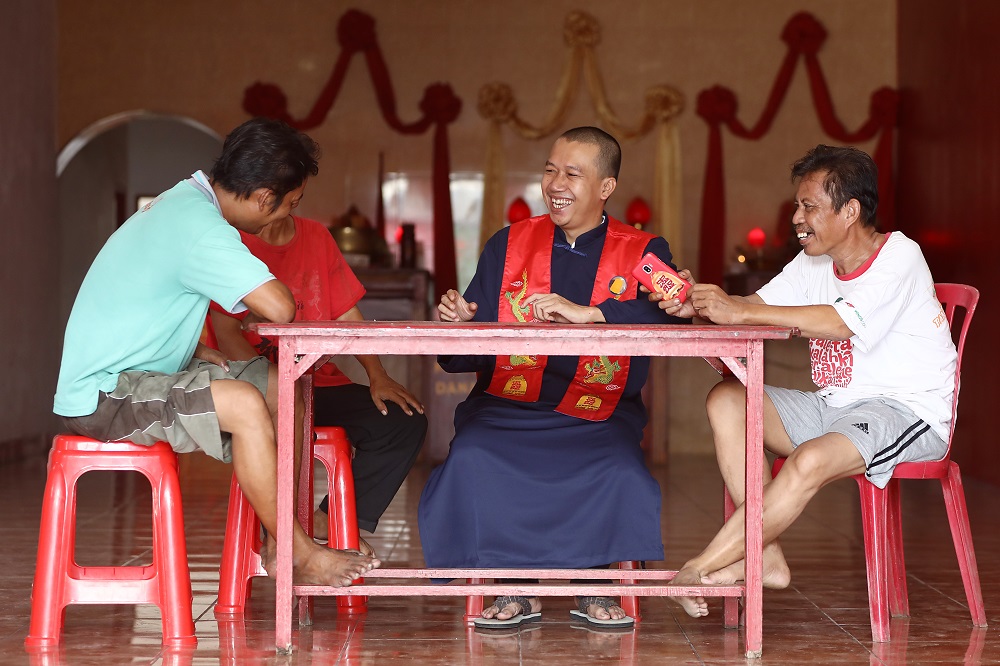 As a member of such a small minority community in Indonesia, Kristan believes interreligious dialogue work to be critical.

“By virtue of being Confucian, I am also a cosmopolitan. That’s what Confucians are: citizens of the world, and children of heaven,” he said.

Kristan hopes to amplify these shared values through his work to improve Confucian–Muslim relations in Indonesia. “Interreligious dialogue is much needed in Indonesia. That is why it is my mission’” he said. He is convinced that by identifying the many commonalities in a shared humanity, in accordance with the teachings of Confucius, everyone will be able to see one another as being connected.

Kristan believes that the root of wars that have a religious dimension is a lack of understanding between one side and the other. “Without knowing one another well,” he said, “we are forced to rely on prejudices and on stereotypes. I think that it’s important to remedy that condition.” 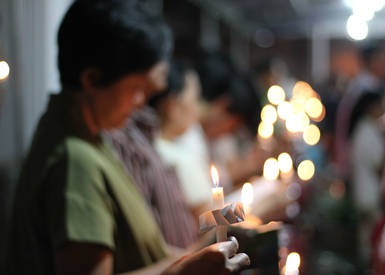 Alongside her colleagues on a Zoom call, KAICIID Fellow Wiwin Rohmawati described how she set out to help vulnerable... END_OF_DOCUMENT_TOKEN_TO_BE_REPLACED 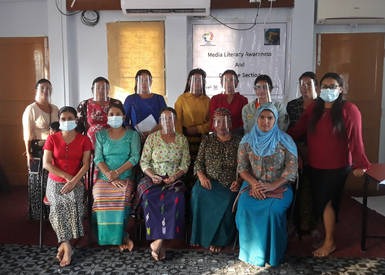 Each day in Myanmar, thousands of Burmese citizens check their phones for social media updates and daily news. Yet, what has... END_OF_DOCUMENT_TOKEN_TO_BE_REPLACED 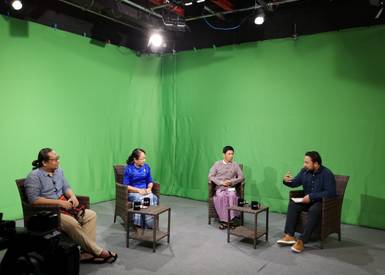 Every two weeks, Ko Bobby, a Buddhist scholar and writer, gathers a panel of well-known religious scholars and writers and... END_OF_DOCUMENT_TOKEN_TO_BE_REPLACED