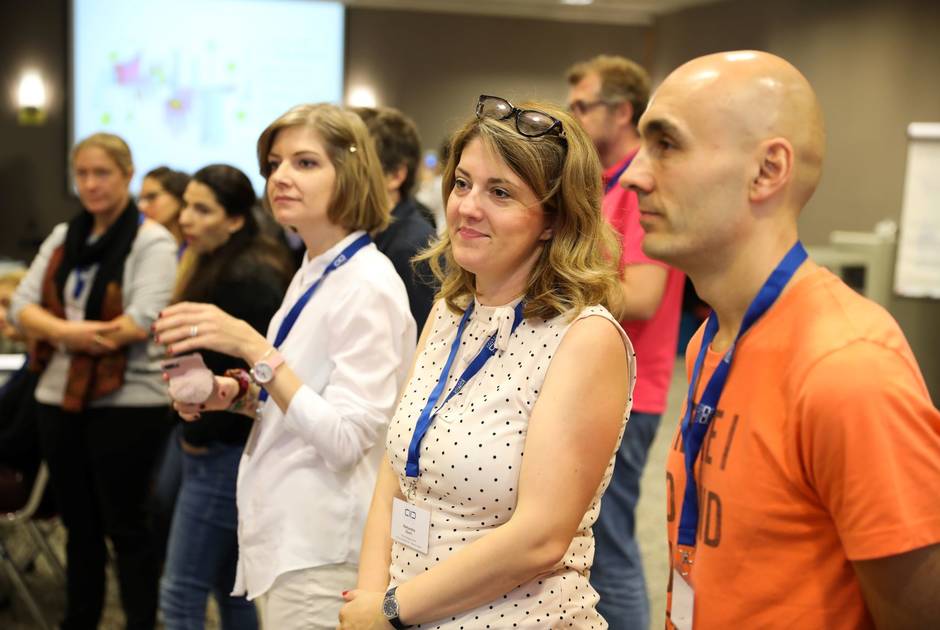 Across Europe, teachers are coming to terms with increasingly diverse classrooms.

While diversity has long been a feature on the continent, a growing medley of religious, cultural, and linguistic influences — brought on by international and intra-Europe migration — has created both opportunities and challenges across Europe’s educational landscape.

According to a 2017 European Union report, increased numbers of refugee, asylum seeker, and migrant children — as of January 2019, 4.9% (21.8 million) of the European Union’s (EU) 446.8 million residents, were non-EU-27 citizens — have placed pressure on schools and teachers to “re-consider their everyday practices and strategies to meet” a range of diverse learning needs.

As teachers aspire for full participation from all pupils, recent studies suggest that public issues of intolerance and social exclusion are showing up in schools as well.

Taking these challenges into consideration, a group of experts at a December 2017 workshop on Interreligious Education in Europe in Vienna, Austria, co-hosted by KAICIID, decided to establish the Network for Dialogue.

Made up of members of top religious groups, civil society organizations, and higher education institutions, the Network for Dialogue is a Europe-wide, KAICIID-supported platform engaging a range of policy issues related to refugee integration and interreligious dialogue.

Formal education, she said, is a crucial component of this process. “Gaps exist at many levels, but we are aware of particular shortcomings and current challenges in formal education settings,” said Djurić Milovanović Already, there are grassroots dialogue efforts that are aiming to fill those gaps, said Djuríc Milovanović. “However, not all of them are linked to the formal education structures or able to bring change at the policy level,” she said.

The Network for Dialogue is working with these groups and individuals, supporting their initiatives and helping them collaborate with policymakers.

“In order to bring about substantial change, these voices from the ground need to provide recommendations and advise policymakers in creating schemes and implementing strategies at institutional levels,” said Djurić Milovanović.

There are a variety of challenges that policymakers and practitioners need to face, she said.

“Despite increasing diversity in European classrooms, teaching and other educational professions tend to be fairly homogenous and teachers often lack training in intercultural and interreligious awareness and skills,” she said.

Because of this, Djurić Milovanović said, “migrant students lack sufficient support to cater to their needs and often display lower academic resilience and are at higher-risk for anxiety and struggling with psychological wellbeing.”

In a draft policy brief, the Network for Dialogue recommended several next steps to address such obstacles. These included proposing that educational leaders should engage parents of migrant children in school activities as equal partners and not only as beneficiaries, fast-track qualification and accreditation schemes for teachers with migrant and refugee backgrounds, and the creation of curriculum and training programmes on cultural diversity, religious literacy, social inclusion, intercultural education, and interreligious dialogue.

Waseem Haddad, KAICIID Programme Manager for Iraq and Syria, is encouraged by the Network for Dialogue’s work in Europe and recommendations for the future.

Education, he said, constitutes a primary space for the formation of identity.

“Critical thinking skills, awareness of diversity, and the practice of informed decision making, and civic participation can be acquired and practiced at this level,” he said, “If these skills and values are not transmitted in education, adults and children will face major challenges in accepting difference and celebrating ethnic, religious and cultural commonalties.”

Haddad also emphasised the importance of religious education in developing a generation’s recognition and acceptance of “the other” regardless of differences in religion, language, or culture.

To that end, both Djuríc Milovanović and Haddad might be encouraged by a new initiative in Austria.

Funded by the Austrian Scientific Fund (FWF) for a period of three years, the “Christian-Islamic Religious Education in Team Teaching” pilot project was developed to support Christian and Muslim teachers teaching their religious education classes together, at the same time, in the same classroom. 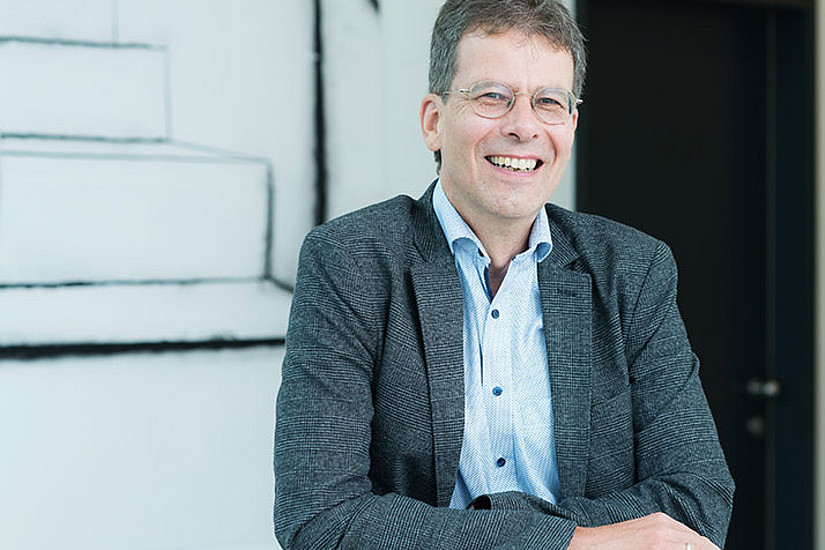 Prof. Dr. Wolfgang Weirer, theology professor at the University of Graz and leader of the project team, said that while there are no “typical lesson plans” — as each lesson is planned by the teachers themselves — both similarities and differences between Christianity and Islam are addressed.

“In this context, it is important for us that the pupils experience in class that religion can be discussed in an appreciative way and that differences do not have to be faded out,” he said.

The aim of this mutual encounter, Weirer said, is “to question prejudices through the encounter with people from different religious backgrounds and, if necessary, to reduce existing fears and discrimination.”

In addition to supporting the project’s teachers, Weirer and his team analyse additional aspects of interreligious education, including legal opportunities and frameworks to conduct interreligious cooperation initiatives between different schools, competencies and attitudes of teaching personnel, and learning conditions that must exist in order to encourage encounters between students of different religious backgrounds.

“Education does not necessarily promote social inclusion, but can also contribute to segregation”, Weirer said.

To encourage the former and prevent the latter, “it is a matter of developing targeted educational programs that promote pupils in their respective strengths and contribute to equal opportunities,” he said. “School can thus become a place where peaceful and constructive coexistence in a plural society can be experienced.”

For her part, Djurić Milovanović believes such experiences not only enrich the classroom, but society at large. She believes efforts like that of the Network for Dialogue or the pilot project in Austria can create a “chain of positive change.” “All these small micro changes in the classroom of one teacher may seem irrelevant or very small or invisible,” said Djuríc Milovanović, “but we need to empower teachers to feel like they're a crucial element in bringing about positive change in society.”

“Teachers need to have the perspective that encounters with diversity in the classroom can open up a space for dialogue” she said, “and they play a vital role in teaching dialogue to not only their classroom, but to the continent as a whole.” 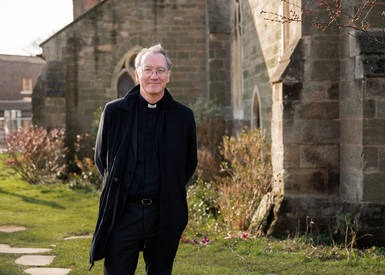 Rev. Dr. Richard Sudworth Calls on Faith Leaders to “Give the World a Shot”

When Rev. Dr. Richard Sudworth received his COVID-19 vaccine — or “jab”— he said it was more than a medical procedure, it... END_OF_DOCUMENT_TOKEN_TO_BE_REPLACED 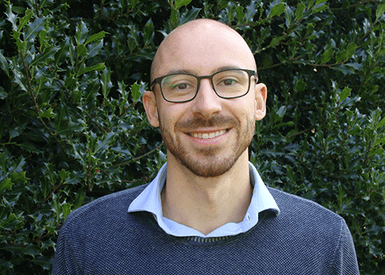 The successful integration of migrants and refugees is essential for the future well-being, social cohesion and prosperity... END_OF_DOCUMENT_TOKEN_TO_BE_REPLACED 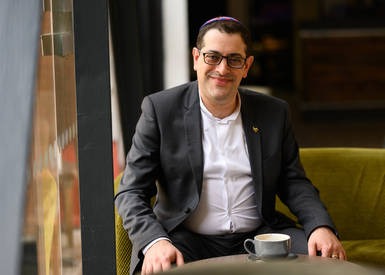 In his own words, Rabbi Alex Goldberg has “reverse-engineered” his career. Boasting a CV with an extraordinary list of... END_OF_DOCUMENT_TOKEN_TO_BE_REPLACED